Well, where do I even start..
If you have been following me for a while you would know how much I appreciate the arts.
And that comes in all forms including drawing, photography, music, and even (somewhat) cinematography & editing.

To hone in on my cinematography skills, I was inspired to get purchase my very first done.
I took her out and tried her for the first and thought I’d share it with you.
Be sure to follow my youtube to stay tuned for future projects.
I will also be do a quick review on my Mavic Mini, so stay tuned for that as well!

Gotta pay respect to the rap culture. Growing up in LA, rap is always going to be a part of my life.
With the rhyme scenes, idioms, wordplay, flow, diction, (regardless of what others may say) is such a beautiful, raw, and ruthless form of art. Here’s a little throw back.

I thought this would be a worthwhile post even though we are essentially in the middle of pandemic, and all non essential businesses are shut down. For what it is though this list might be something you can refer back to anytime in the future.
If you are a born LA native, you might or might not already be familiar with these stores.
For those who are new to the area or simply would like new places to explore, you might find a few on the list that you can add to your next visit. These stores range from selling musical instruments to vinyl & CD’s. While these are only a few from the mix, they might be something to consider for your next visit if interested.
For all music lovers out there, I’ve made a list of shops where you can browse or shop:

* Due to the current circumstances created by COVID-19, all businesses deemed non essential including music retail, are subject to change locations or hopefully not, close down entirely. Please be sure to check out stores’ website for further updates before visit.

*Disclaimer: article way long over due, written weeks ago, but will post as promise to continue my update on my vocal journey with you.

Just took my third vocal lesson, feeling much more energized and confident in my vocal development. Learned several terms such as passaggio, lyrical soprano, the mask, etc. and only wished I had learned and accessed this plethora of knowledge much sooner. My vocal teacher is not only knowledgeable in his expertise but also just as encouraging throughout my vocal development, which for a sensitive soul like me, is just as crucial. Needless to say, while dreaming is important, so is constant application and practice. My past performances and moments such as these only fuel me to take a leap(s) of faith, believe in myself, and follow my calling of music and the arts..
Much, much more in store for you guys and I can’t wait to show you what my sleepless nights, daily struggles coupled with ambition and hunger has lead me to. If the moment isn’t now, it’s never..

Thanks for sticking with me,

It was a Thursday night when I received an email at work regarding an application I submitted for a singer’s position for a well-established band. When I read his response in asking what times I was available to audition, I was filled with both excitement and anticipation, but also knowing that my decision of staying in LA was not entirely futile.. The band plays a variety of genres that perfectly suites my taste which is Soul, Funk, and R&B. Though, I did not exactly get the position I am so grateful to have mustered the courage to attend. The audition took place in a church located in North Long Beach.

He left me with sound advice, that only encouraged and uplifted my spirits. I am well aware of both my strengths and weaknesses as a vocalist that I am willing to take constructive criticism to create solid results. The band owner left me with advice that I know are fixable which all of that stems from my nervousnesses & lack of self-confidence.  He mentioned that he liked the tone of my voice and that it was unique and different from what he’s heard from with those who have auditioned. When we met, one of the first things he said was that he saw my instagram singing page and said I had a beautiful voice. At first I felt unsure of his genuinity, but as I felt the sincerity in his advice it only reaffirms how I feel about music and what I can bring through creating my own music.

He even went as far as maybe inviting me to a benefit concert he annually participates in where people of A/B listers like Aretha Franklin’s manger attends. He asked if that was something I was interested in participating in and if I would  like to maybe one day do a collaboration with him. I responded with so much excitement and told him I would love to as that is one of the reasons I decided to stay in LA while my family moved to Georgia. He proceeded to advise to me to keep on working and that he will have me come back for another audition. At that moment, I realized that God has been watching over me and I had angels guiding me throughout this journey. Living by yourself with nothing but a dream and passion, sometimes can be debilitating when you feel you have no direction. But this experience was only a reminder that there is much more in store for me, but also much more in me I know I have yet to show.

This is only the beginning.

Feel free to check out my singing IG page he referred to which you can find in my bio.

Got to add this one to your summer 2019 playlist.
I love how simple the video is. Really captures the feels of summer 2019 for me.
In some ways, I resonate with the message of the song– conveying how distracting it can be for an artist to live in Los Angeles, with the parties, girls, social status, etc. especially during the summertime when we should be socializing.. I’m sure plenty artist experience this, but I know haven’t really been myself because I’ve really been in to my hustle and grind just to be able to do what I love. But all in all, they sing about find art through this distraction/ loneliness of living in LA. Hence, production of the song. I think the best art comes from a place of being lost and sadness, that I find many could resonate with as well.
Leave your comments below. This one definitely got some juices flowing for me.

Before I go, let me end with this.. how many drinks can you pour in a night?

As promised, I told y’all I’ll be working more on my craft and sharing my journey with ya’ll. Now that I am settled in my new place, I have the equipment, time and creative space to create the work I want to create for ya’ll. Here’s a rough sketch of what I have going on so far. I would love to sell some of my art pieces for ya’ll and would like to know if ya’ll would be interested in purchasing. I could also make custom work as well. Feel free to comment and like this post so I have an idea.

I know it’s been a minute since I’ve posted for ya’ll and I apologize.. Things have been kinda crazy with my move in LA and I am only have the chance to settle into my place to get situated. For those who may not know from my previous posts, there’s quite a massive shift happening in personal and work life  at the moment. My parents will be moving to Georgia in less than two weeks, and I have made the decision to stay in LA for numerous reasons. The first, to learn how to be independent both mentally and financially and second, to broaden/explore my opportunities within the music industry. I am so super passionate about music that it’s really hard for me make decisions only because I truly believe that my future belongs within the realm of music. I’ve made a fair share of sacrifices to keep me grounded in my passion and pursuit for music that at this point, I can’t afford to back down only because I have invested so much time and energy and money on my dream. I have plenty of ideas and plans that I am so eager to tackle here in LA, that I feel as though my opportunities are endless. While Summer 2019 is in full fledge, I also feel that this moment is the beginning of something so new and real to me that I can’t wait to see it manifest in the upcoming future. Can’t wait to share them with ya’ll. Thank for your time ya’ll. 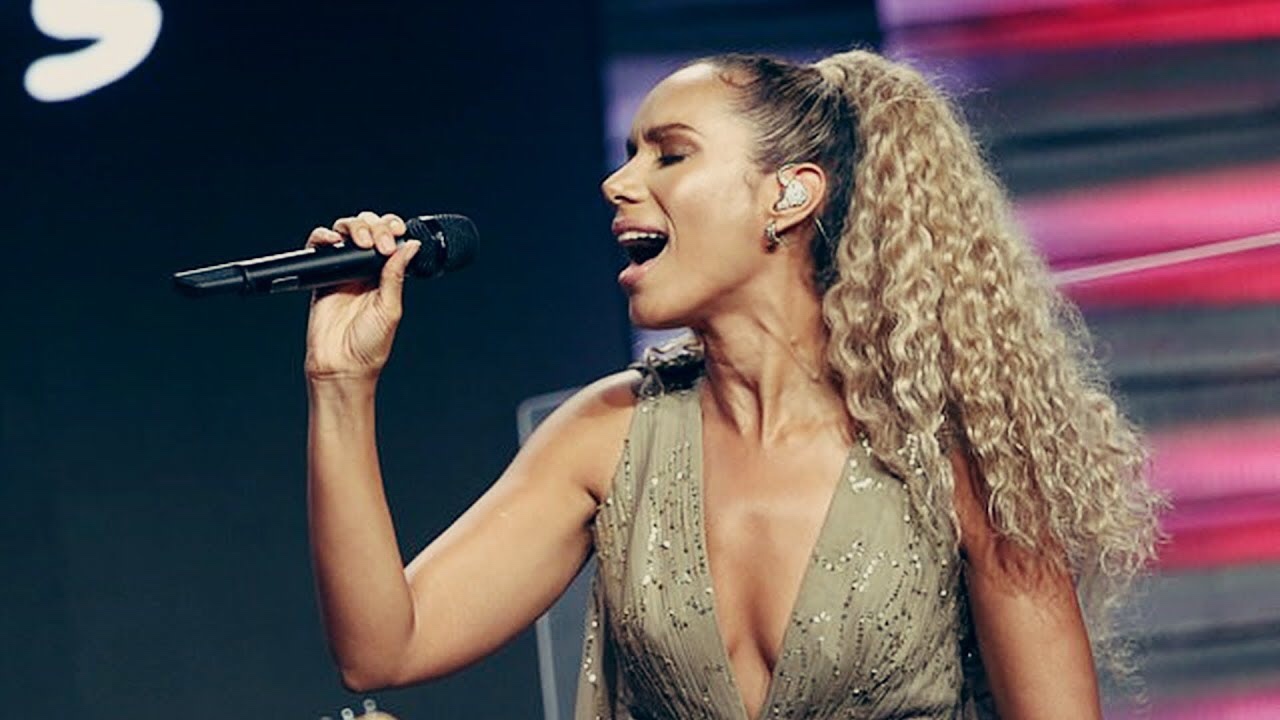 Ya’ll remember Leona Lewis, right? I remember her in the early days when she was first discovered on X Factor back in 2006. I had never heard a voice anything like it, her voice was heaven sent. Not only did she forever change the game of the X Factor, but she made me realize just how beautiful singing is. Being as young as I was, I really didn’t know if anyone could hear or feel the gift of her voice the way I did, but all I know was that it left me sad that I felt like nobody did.. More than 10 years later, I feel nostalgia when I hear X Factor on TV and I owe it to her. I am writing this post today because I just learned she performed at Point Foundation on 10/13, only about two weeks ago. For those who aren’t from LA, Point Foundation (a non profit organization for the LGBT community) is located in mid-wilshire (and is no farther than a 10 minute drive from where I live in Koreatown). Part of me feels sad that I missed out on this event since I was so close from watching my idol, who growing up listening to, perform live. So I thought I’d vent and share my rant here on WordPress (I mean look how beautiful she is! The woman does not age!) Haha. I have a short clip here of her performance at Point Foundation. If ya’ll were fans of her, I hope her performance gives you the same nostalgia it gave me. Thanks for sticking and reading up until the end. Much more content for ya’ll.

much love, much peace.

So I recently found out that Prince, Michael Jackson, and James Brown once performed at an old theater that I live close by to (in 1983). I still get goosebumps every time I pass by it.