Cheryl Song’s appearance on Soul Train sparked plenty controversy— an asian woman on a predominantly black television show was unheard of. In an interview with BET, Song admits to being bullied for being a part of Don Cornelius’ Soul Train in the 1970s. However, her passion for dance superseded this imposed inhibition. Instead, she continued to make her appearance on the show in spite of public ridicule from some among the black community. At one point in the interview she recalls an individual from the crowd shouting, “Who does that high yellow bitch think she is?” as Song danced on stage. For me, I cannot imagine the mental adversity Song endured for the freedom of enjoying and sharing her passion for dance. Most especially, when it is much easier to quit than it is to continue on. 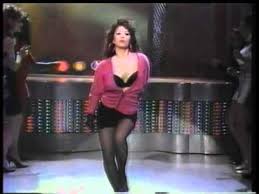 However, I believe this a prime example what one’s passion can drive you to do. To keep going regardless of what outsiders say. As an asian woman myself, I find this especially inspirational. Song’s bravery to remain on Soul Train opened up many doors for her where she had the opportunity to work big name artists and even create her own choreograph for them in music videos. She had the chance to dance with Marvin Gaye, appearing on Michael Jackson’s “Beat It” video, and created a choreography for Lionel Richie to name a few. As she says, “Soul Train was the best thing that could have happened to me”. Her courage and desire to develop her talent in spite of racial barriers so one that I hope to emulate as well.