From across borders and all over the world, Whitney Houston was a musical icon. Or on second thought, a music legend. She left her mark on those whose ears were blessed by her god-given gift. Needless to say that Ms. Houston is an unforgettable talent, we shouldn’t be fooled by the glitz and glamour brought to her by her fame. Ms. Houston’s drug use was a strong indicator of something happening in her life, and this film captures it. Watching Whitney gave me hope of gaining some insight into the chaos of her life and the cause of her tragic death. 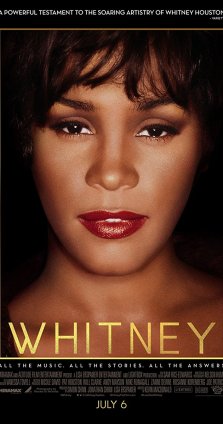 While I believe Whitney was well filmed I also knew they weren’t going to share everything and the intimate details of her life that was just as equally important in understanding Whitney’s and her public behavior. The film did a great job, however, in delivering Whitney’s story and also shedding light on the voices of those closest to her, those who knew her more than anybody else. In my opinion, the film captured Whitney’s essence as close as any public documentary could get. My only regret is that I wished the filmmakers spent more time and effort covering her death as much as they did for her childhood and adulthood.. But my assumption is they did so to leave it to the audience to decipher and also, for a more powerful effect of the film. For anyone, like my self, who considers Whitney Houston a big influence in their life, I would definitely give the documentary a shot. It was a worthwhile film, offering a thing or two about Whitney that was not publicly shared during her time here with us.